What is not to like about all the exquisite flowers that adorn our planet, and which provide endless pleasure and inspiration? My Garden Flowers Collection celebrates the infamous flower that shares and transcends all of our moments of both joy and grief.

There is something special about the flowers that grow naturally in the wild, as though the Mother placed them there for her own delight. We get to share this beauty when we are out walking in the high mountain meadows or across the rolling hills, when suddenly we come upon a filed exploding with wildflowers. I once walked a trail through the olive groves in Italy when I encountered a grove full of yellow wildflowers and bright red poppies. The entire scene beneath a crystal blue sky with large, crisp white clouds took my breath away.

Then there is the beautiful bouquet of garden flowers given to you by someone special. I used to walk by this home with a large garden full of flowers, and lean over the fence to get a whiff of the white lilies. The owner later turned her flower garden into a business where you could buy bouquets. A younger man I dated brought me a bouquet of twisted branches and these white lilies. This design is from the painting I did of that bouquet, and called it the Lilies of Destiny.

Lilies grew everywhere in our family farm garden in Virginia. My step-mother favored lilies among garden flowers, and she planted one huge bed full of at least ten varieties. It was a sight to behold years later, and more lilies had managed to pop up all over the garden. Lilies everywhere.

Besides an abundance of lilies, we had lots of lavender, rows of it. Every summer when the lavender bloomed, the small white butterflies would arrive in mass. They would stay for weeks, dancing and frolicking amidst the fragrant lavender. It was just a matter of time before that delightful sight became a painting, and now a design.

Butterflies in the Lavender

My step-mother was a true connoisseur of the rose. So besides a sea of lilies and lavender, we had roses galore. There were at least ten beds full of every kind and color, as well as rose bushes tucked into other beds and climbers along the fences and stonewalls. Roses everywhere. My favorite were the big pink roses with an intoxicating fragrance that made me swoon. Some say the rose has the highest vibration of all the flowers, so it is good to plant a rose amidst your other garden flowers.

When I lived in the high desert, I had a friend who lived out in the open space upon the mesa. He grew the biggest sunflowers I had ever seen. On full moon nights I would go visit him, and we would sip wine in the moonlight surrounded by these huge sunflowers. It was simply magical as those midnight sunflowers seemed to come alive.

You can view the entire Garden Flowers Collection by simply clicking the image below. Enjoy! 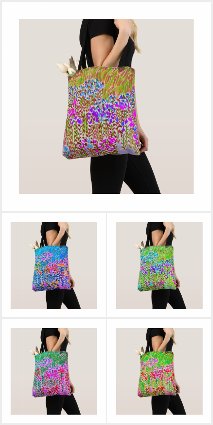